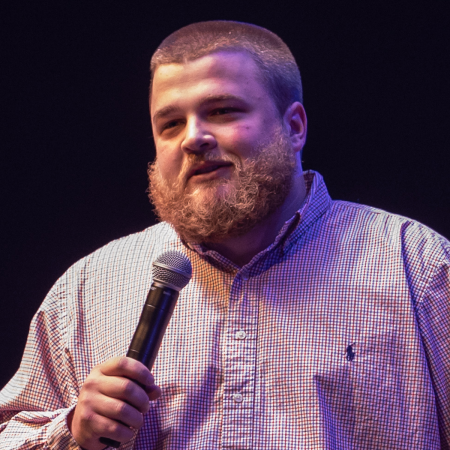 Aaron Weber does not have any upcoming events.

Aaron is a standup comic born and raised in Montgomery, Alabama. After barely graduating from Notre Dame in 2014, Aaron moved to Nashville and started doing standup. Since then, he's become a regular at Zanies Comedy Club and has performed in venues/clubs all over the Southeast. In 2018, Aaron competed in the Laughing Skull Comedy Festival in Atlanta and helped break the Guinness World Record for Longest stand-up comedy show.

Comedian Aaron Weber is the manager of Good Friends Comedy Hour, a monthly standup comedy showcase in East Nashville featuring the best up-and-coming comics from Music City and beyond.