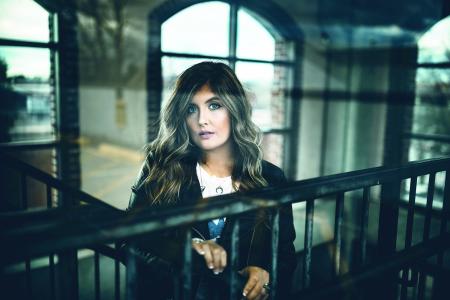 Abby Robertson does not have any upcoming events.

Nashville-based singer/songwriter Abby Robertson has a lot to be proud of in her music career so far. She’s opened for names like The Beach Boys and Switchfoot. She’s performed at international music festivals in Israel, Malta and Ethiopia. She’s released pop songs and even had a stint in country music—all before age 21.

But if you ask Abby what her proudest career moment is so far, it’s not the festivals or big-name openers or impressive Spotify downloads. What Abby is most proud of are the moments she’s been able to be her authentic self with her music and on stage.

As she explains it, “Not worrying about what people think about me and being raw and real.” Not any easy task, especially for a female recording artist navigating the cultural landscape of social media and photoshop.

Abby’s journey to self-acceptance began with and is marked by both music and faith. When she was just a baby, Abby’s mom felt the Lord say, “This little hand will hold a microphone in front of thousands.” This prophetic word would soon come to light.

Abby released her debut single, "Sanctuary,” on February 12th 2021. The song was produced by Tyrus Morgan (Ryan Stevenson, We Are Messengers, and more) and will be released on her new deal with Big Future Records.