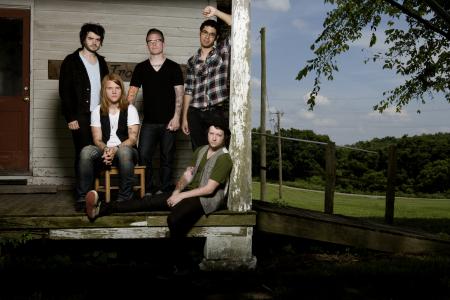 The Almost does not have any upcoming events.

Since releasing their sophomore album “Monster Monster” through Tooth & Nail, The Almost - with founder, songwriter and forerunner, Aaron Gillespie - has been playing hard.  Racking up miles, stage time and airwave plays, this rock/alternative rock band  is known for such great hits as “Free Falling,” “Hands,” “Lonely Wheel,” and “Say This Sooner,” among others.

The Almost's second album for Tooth & Nail /Virgin Records began taking shape just as soon as the band came off the road after touring for their 2007 debut, Southern Weather, including a stint on that summer's Warped tour.

That album, which debuted at #39 on Billboard's Top 200, earned them a Top 10 single at Alternative radio, and a spot on MTV's Discover & Download, was essentially the work of a single individual— former Underoath drummer Aaron Gillespie, who wrote all the songs, played all the instruments and then recruited a band to play them live, starting with fellow Floridian Jay Vilardi, a veteran of several well-known area bands like Metal Blade's Phoenix Mourning and Orland-based Hand to Hand. The addition of Philadelphia-based guitarist Dusty Redman, himself a veteran of Tooth & Nail bands like Beloved and Dead Poetic and Salt Lake City bassist Alex Aponte rounded out the line-up.

Better beware. Hailing from Tampa, FL, The Almost has a "Monster Monster" on the loose.