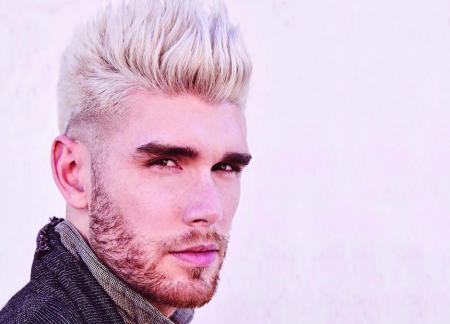 Colton Dixon does not have any upcoming events.

Awards and accolades followed. Colton received three Dove Award nominations, winning for Best Contemporary/Rock Album, and he was nominated for Male Artist of the Year at the 2014 KLOVE Fan Awards. Colton also racked up two No. 1 radio singles in 2013 and toured with Third Day, TobyMac and Josh Wilson. And he was recently named an Official Steinway Artist by the legendary piano maker.

It was a dream debut, but Idol fame can be fleeting without a strong foundation and a solid sense of who you are as an artist and a person. Fortunately, as Colton Dixon readies his sophomore project, Anchor (August 19, 19 Recordings/Capitol CMG), he’s as grounded as ever, with his feet planted firmly in faith and family and a clear idea of where he’s headed artistically.

Despite all the life-changing opportunities of the past few years, Colton is still pretty much the same guy that left Tennessee for Hollywood. Home base is still in Murfreesboro, which speaks as much to his grounded foundation as it does to his hectic schedule. While Colton’s parents were always extremely supportive, a career in music wasn’t a given. A self-described “sports guy,” his early interests included soccer, hockey and baseball. His dad coached his little league team, and Colton loved the pitcher’s mound and the psychological aspects of the game.

As kids, he and his sister Schyler would regularly perform for their parents, but the music gene wasn’t necessarily something that was inherited. It was actually a passion that grew slowly and steadily. An aunt who taught piano talked Colton’s parents into signing him up for lessons when he was eight. It was hardly love at first sight. In fact, like many kids, he grew to hate those structured sessions, but they gave him a musical foundation that would take him places he couldn’t even begin to imagine back then. At age 13, he sang in public for the first time, and that’s when everything finally began to fall into place.

His earlier athletic pursuits gave way to activities like school choir and songwriting. Throughout his teen years, the piano became his escape. “Some people journal, some vent to other people, I liked sitting behind a piano, playing what I felt,” he shares.

A talented elementary school best friend named Paul became Colton’s first songwriting partner. They wrote together and it was, well, terrible. “If anyone says their first song was great, they’re lying to you!” Colton says with a laugh. But those early songwriting sessions taught him how to put melody and words together and paint a picture. Eventually, he and Paul would form the band Messenger, along with Schyler. Like most Christian teens with musical aspirations, they got their start leading worship for their church’s youth group.

If music hadn’t worked out, Colton probably would have gone into ministry. His passion for inspiring people and meeting them where they are may have been put to use pastoring a church, leading worship full-time or serving as a youth minister. Instead, music just happens to be the tool God gave him to minister to others.

“I have a strong passion for my generation, to motivate them to the keep the torch lit,” he says. That passion plays a starring role on the new album. After the first record, he realized how easy it was to get distracted, to drift from where he needed to be. That’s where the title Anchor came from. That tendency to drift wasn't something unique to him. Colton knew that others would relate, and that he could encourage listeners by being honest about his own struggles.

As he began writing, Colton felt more at home with the process on his second outing and the music definitely benefits. He co-wrote with renowned songwriters and artists such as Trevor McNevan (TFK), Matthew West, TobyMac, Ben Glover, Matt Bronleewe and the album’s producers. He already knew many of them so that awkward phase was gone, allowing for much more honesty in the room this time around.

Not that there weren’t some awe-inducing moments. “I was so nervous to write with Toby,” Colton recalls. “He walked into the room and I could barely speak, saying, ‘Hello, Mr. Mac.’” The veteran artist quickly put Colton at ease, though, and their sessions yielded tracks like “Our Time Is Now,” which has become a favorite to play live. TobyMac even lent his voice to the tune.

As an artist, Colton’s style is dramatic, and he’s not afraid to take risks. The result is a diverse record that relies on a variety of unique elements. You’ll hear metal breakdowns, full-on classic rock, piano-driven vocals and everything in between. He describes “Loud & Clear” as sounding like “Chris Daughtry on steroids,” while lead single “More Of You” has an almost worship vibe that took everyone involved by surprise.

The end product is an edgy rock record with appeal that crosses generational lines to have mass appeal. Audiences that were granted an early preview of the new album have responded even more enthusiastically than Colton had hoped. But in the end, its not just about making music that is fun to listen to - the goal is to create songs that have the ability to inspire listeners.

Or as Colton explains it, “My hope is that at the end of it all, you feel closer to God than you did when you first pressed ‘play.’”