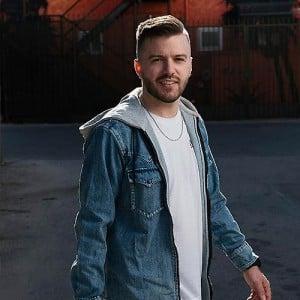 An artist doesn’t have to be born into a community to be embraced by its people. Just ask Evan Craft. Passion, authenticity and anointing are the barrier-breaking qualities that have allowed a non-Hispanic man to become one of the most successful artists in Latin music today.

Craft’s recent single, Be Alright, rose to #1 on the charts after rocketing into the top 20 in just three weeks. After releasing Desesperado earlier this year, Evan now shares a full-length worship project in both English (Holy Ground) and Spanish (Tierra Santa).

Impressive songwriting and vocal skills have catapulted his career from YouTube streams to the top of the charts. In addition to multiple projects, recorded in both Spanish and English, he’s committed to making a difference in a hurting world. To date, he’s raised more than $250,000 for a homeless mission in LA that he co-founded, called Mi Casa. Craft is building a bridge between two cultures and touching many lives in the process.