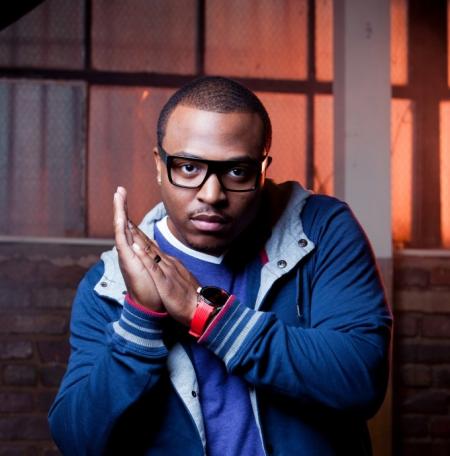 Flame, a.k.a. Marcus T. Williams-Gray, was born in St. Louis, Missouri. He grew up in the inner city of St. Louis where he was influenced by the Hip-Hop culture. One of the most significant people in his life was his grandmother. She was his best friend who taught him many things about life and more importantly, Christianity.

At the age of 16, Flame’s grandmother passed away. As a result of this event, Flame began attending church where the Holy Spirit convicted him and he was converted to Christ. Flame continued to grow spiritually and became more and more involved in his church.

One day, Flame found himself in the music section of a Christian bookstore. Being part of the Hip-Hop culture and having done secular rap for years, he was drawn to the Gospel rap area where he picked up a cd by Cross Movement. The cd changed his life. Not only was Flame impressed by the artistic quality of the music, but also by the content. He found the lyrics saturated in Scripture being both encouraging and challenging.

Flame’s desire to reach people in the Hip-Hop culture grew more intense. In 2000, after being edified through Cross Movement’s music, Flame made his way to one of their concerts in Chicago. This was where he met the group and provided them with a demo cd of his own work. Much to his surprise, he received a call back. Cross Movement began to build a relationship with Flame that was fostered over a couple of years. In 2002, Flame was invited on the Platinum Souls tour with Cross Movement.

Shortly after, Flame was signed to the Cross Movement Records label. In October 2004, Flame’s self-titled debut cd was released nationwide. He was the first national Christian Hip-Hop artist from the Midwest. He gathered a large following in no time. In December 2005, Flame released his sophomore album titled, Rewind.

On April 17, 2007, Flame released his third album entitled Our World Fallen, which is the first part of a two part series. On October 2, 2007, the sequel entitled Our World Redeemed is scheduled to release. This year, Flame’s song “Gotta Notice,” from the album Rewind, was nominated for a Dove Award as Gospel Rap Song of the Year.