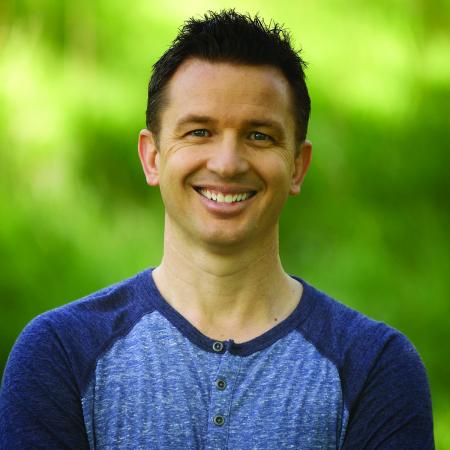 Greg Stier does not have any upcoming events.

Greg Stier has a reputation for knowing and relating to today’s teens in unique and effective ways. Because of his 25+ years in youth ministry, Greg is widely viewed as an authority on teen issues and adolescent spirituality. Over the course of the last 20 years, Greg has spoken to over 1,000,000 teens in major venues across the nation and heard countless stories of their struggles and triumphs.

Greg’s commitment to mobilizing teenagers to reach their generation for Christ is rooted in the transforming power of the gospel. Raised in a violent, inner-city family of body-builders, he never had a dad and never felt like he measured up because his biceps weren’t big enough! But one by one, he saw his tough, urban family of “thugs” come to know Christ. And that ignited a passion in Greg to see all lost people come to know Jesus.

Living just minutes away from the scene of the 1999 Columbine High School shootings in the Denver area, the tragedy triggered a pivotal turning point in Greg’s career. Following those events, he resigned a pastorate at a church in Arvada, Colorado, to pursue Dare 2 Share (D2S) full-time. Since then, Greg and the ministry of D2S have impacted the lives of hundreds of thousand teenagers across the country, motivating and equipping them to relationally reach out to those who don’t know Jesus with the gospel message of hope.

Greg is well-known for his ability to inspire teenagers to action by communicating Biblical truth through amazing true-life stories and side-splitting humor. This ability to connect with teens has made him a nationally known and sought-after speaker and author who speaks to the heart of teen issues and helps teens find their significance in God. As a dynamic communicator, Greg has had the privilege of appearing on several national television and radio shows.