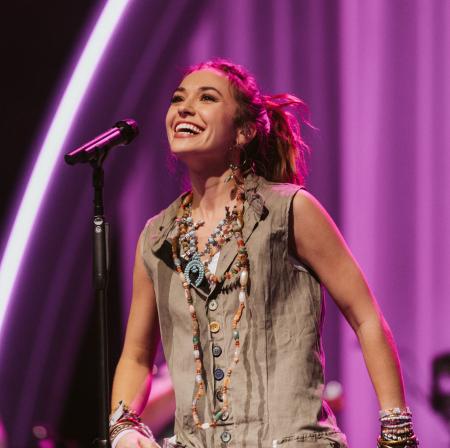 Lauren Daigle is a two-time Grammy Award winner, five-time Billboard Music Award winner, and an American Music Award winner. With a voice that is both smoky and sweet, Daigle has forged a unique sound that is reminiscent of the soulful, heart-in-throat vulnerability of Adele mixed with the raw power of Amy Winehouse. Her ability to connect with her audience has captured critical acclaim and recognition as the fastest-selling new artist for her genre of the last decade.  Daigle’s Grammy Award winning and Double-Platinum certified single, “You Say,” has appeared in the Top 30 of Billboard’s Hot 100 chart and Grammy Award winning, Look Up Child, debuted at No. 3 on the Billboard 200 Albums chart and is approaching Platinum certification.  Her debut album, How Can It Be, has been certified platinum by the RIAA and has produced three certified Gold singles.