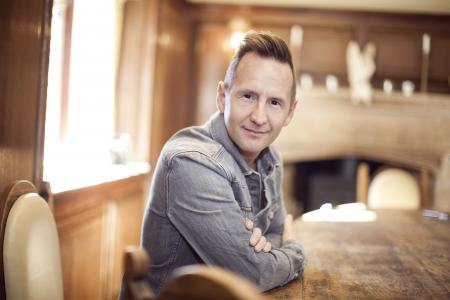 For Martin Smith, endings aren't all they seem. In 2009 he came to the closing stages of a two-decade career spent holding the microphone and cheering on the crowds with the genre-defining band Delirious. With Dove awards, Grammy nominations and RIAA certified gold selling status behind him, it was an incredible journey. Having written many of the church's best-loved songs – including I Could Sing of Your Love Forever, Shout to the North and Did You Feel The Mountains Tremble? – Martin remains rooted in the local church. And having pulled together many of the world's leading worship leaders to give their time and talent for free with the CompassionArt charity project, Martin instinctively calls out for people to become a 'voice' for those who do not have a voice. Today, what lies ahead is bold, fresh and exciting. Like we said: endings aren't all they seem.