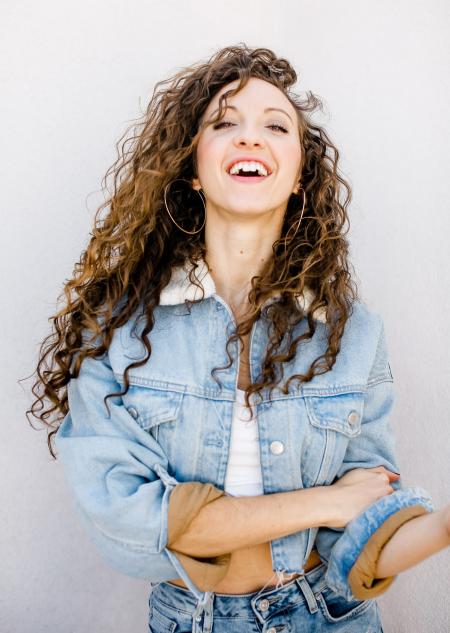 Megan Tibbits is a singer and songwriter of inspirational music. Michigan born, she was raised in a very musical family, traveling and performing in the family band called ‘Living Truth’. Megan toured around the country with the group for over ten years, singing on stage by age three, recording harmony vocals by age six, writing songs on guitar by age twelve, and learning piano, harp, oboe, and saxophone along the way.

After graduating with a Music Education degree from Cornerstone University, Megan joined the performance company “The Young Americans” and spent two year performing and teaching music in Germany, the Netherlands, Japan and the United States. She then made the move from her hometown of Caro, Michigan to Los Angeles to pursue a career in music.

Upon moving to LA, Megan appeared before a national TV audience on ABC’s Rising Star, advancing to the top 12, and released her debut album ‘Until I Fly’ soon after. Since then, Megan has worked with artists such as Jennifer Lopez, Jonathan McReynolds, Danny Gokey, Brandon Heath & Marvin Winans Jr., and her videos have gotten the attention of artists such as Alicia Keys, Tauren Wells, etc. Most recently, Megan appeared as “The Harpist” on FOX’s I Can See Your Voice, and is soon to go on tour with author Bob Goff.

Megan resides in LA, performing, writing, leading worship, and speaking around the country.