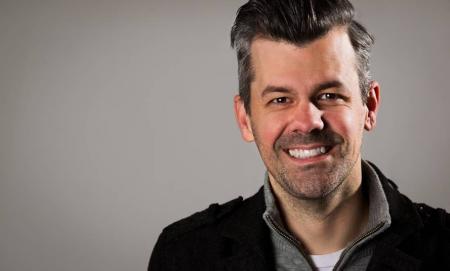 Shaun Groves, speaker does not have any upcoming events.

Shaun Groves is a communicator who’s known by a lot of titles: Singer/songwriter. Speaker. Blogger. Husband. Daddy. Friend. He feels and thinks deeply and laughs easily. And he’s helping Christians discover what they were saved for, and being a voice for children around the world, desperate to be saved from poverty.

Shaun’s own salvation story began at the age of six with a dash down the aisle during an altar call given by a fiery revival meeting preacher. Shaun’s decision that day was fueled by fear; he knew he needed to be saved from eternal separation from God. But that knowledge alone didn’t bring Shaun peace.

At age 12 Shaun found the peace he was missing when he learned that God actually loved him. That basic truth turned Shaun’s world Technicolor. And living in that light, Shaun developed a love for music that propelled the weakest member of the school band all the way to the first chair, and on to a full music scholarship at Baylor University.

The life plan Shaun created at Baylor made sense: marry his sweetheart Becky, become a church minister and write Christian songs on the side. But an internship with a Nashville music publisher led to a job, and that led to interest around town in his singing and songwriting. Shaun signed a recording contract at the end of 2000, just a week before the birth of the couple’s first child.

“One CD,” he thought, and then he’d get back to his original plan. But Shaun was surprised by success. His 2001 debut “Invitation to Eavesdrop” scored five songs on the charts and a half dozen Dove Award nominations, including New Artist and Song of the Year for “Welcome Home.” He was soon touring coast to coast and around the world with Bebo Norman, Jars of Clay and Michael W. Smith. “New plan,” he thought.

That success led to a second CD in 2003—the introspective “Twilight.” By the 2005 release of his third CD “White Flag,” based on his study and teaching of the Beatitudes, Shaun was questioning what his calling really was. He knew he was made for more than just entertaining audiences, and he was getting uneasy about his family’s comfortable lifestyle.

During this time, Shaun traveled with the Christian child development organization Compassion International to El Salvador. Shaun had been a fan of their work and wanted to see it up close. And he wanted to meet Yanci, the little girl his family sponsored.

The reality of life in El Salvador changed his own: Large families wedged themselves into one-room, corrugated metal shacks. Children competed with dogs to pick through trash heaps for food. But life for Yanci, because of Compassion International, was completely different. She went to school, had plenty of food and what she learned about God in the context of her own language and culture gave her hope for the future.

And with a sleeping Yanci in his arms, Shaun had come to realize that he was saved for doing what he could to release children worldwide from poverty, and release Christians at home from purposelessness.

After El Salvador, Shaun and his family began to live more simply, so they could afford to help others simply live. Shaun continued to speak and sing, but at no charge to the public or promoters, and only if he could do so on behalf of Compassion International.

Now, when he lovingly talks about his kids, Shaun could just as easily be referring to his young son and daughters as he could the million-plus children sponsored through Compassion. More than 8,000 of them have received the spiritual and physical help they need as a result of his shows, speaking engagements and trips he leads to developing countries with fellow bloggers to show them Compassion’s work in action.

Shaun jokes with audiences about his “gift of sarcasm” and often turns the “gift” inward. When he calls himself a “soft rock star,” it’s to mock himself, and to make you laugh. And anytime you’re with Shaun, or follow his adventures on Facebook or Twitter, in his magazine articles or on his blog, you’re going to laugh a lot. And you’re going to think. The quick wit that keeps him bantering with an audience from the stage is the same wit that drives him to stare down the easy answers and to ask the hard questions.

Compelled since childhood to put his thoughts and feelings into writing, what’s on Shaun’s mind eventually ends up on the blog. One day it could be about the wonders and worries of parenting; another—sidesplitting videos and updates from the road. There are stories of Compassion; musings about church tradition; tips for aspiring musicians and writers; and sweet reminiscences of times spent on a lawn chair in the front yard, surrounded by and sharing laughs with the friends and family who know him best. And sometimes—wrenching honesty and life-giving hope as Shaun recounts his struggles and what he’s learned from them. Nothing is held back if it means helping others discover what they were saved for, so they can help save children from poverty and bring the kingdom of God to earth right now.