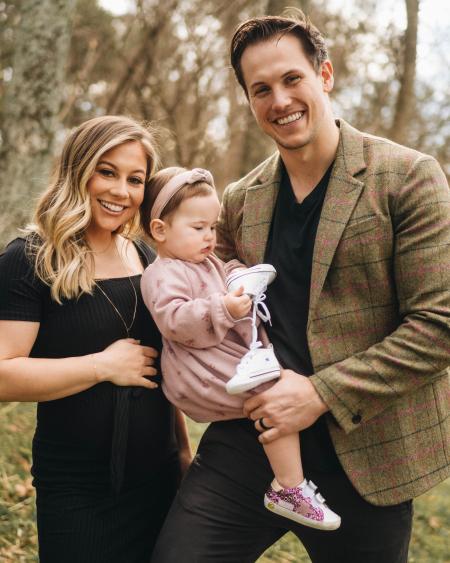 After retiring from gymnastics in 2012, Olympic gold medalist Shawn Johnson East has continued her success story with a New York Times best-selling book, a career in broadcast, a mirror ball trophy after winning Dancing With The Stars, and has launched several businesses alongside her husband, former NFL player Andrew East. As proud parents to their one-year-old daughter Drew and a baby boy on the way, the East Family documents their life with fans on their shared YouTube channel which has more than 100 million views and a podcast, which has climbed to No. 2 on the overall charts. They have a collective 8.5 million followers on their social media platforms.