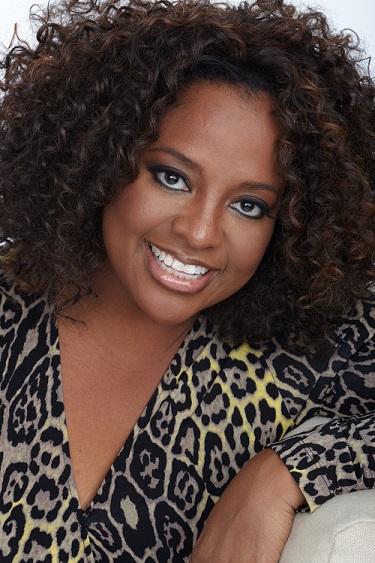 Sherri Shepherd does not have any upcoming events.

In August 2009, Sherri was a part of groundbreaking history when the hosts of The View won the Daytime Emmy for Outstanding Talk Show Host. That same year, Sherri and the co-hosts were chosen as part of the “100 Most Influential People in the World” by Time magazine while Forbes ranked The View hosts #11 among the top “30 of the Most Influential Women in Media.”

In addition to daytime television, Sherri competed in the fourteenth season of ABC’s wildly popular, “Dancing with the Stars.” She continues to be a memorable player in prime time and frequently guest-starred on the Emmy award-winning series 30 Rock as Tracy Morgan’s wife, Angie Jordan. Sherri executive produced and starred in her own sitcom SHERRI on Lifetime and has made laugh out loud appearances in Less than Perfect, Everybody Loves Raymond, Joan of Arcadia, Suddenly Susan and The Jamie Foxx Show. She got rave reviews in the lead dramatic role of Joy White in the Lifetime movie "Abducted: the Carlina White Story" and most recently co-starred w Katherine Heigl in "One for the Money". Additionally, she has appeared in such feature films as the award-winning Precious based on the novel Push by Sapphire, Madagascar: Escape 2 Africa, Guess Who, Who’s Your Caddy, Beauty Shop and Cellular.  Sherri also had a successful run in the critically acclaimed off-Broadway hit  "Love, Loss and What I Wore."

Going back to her roots in stand up, Sherri taped her first one hour comedy special "Sherri Shepherd: It's My Time to Talk", which premiered on the EPIX network June 21.

Sharing her passion for staying healthy, Sherri authored PLAN D: How to Lose Weight and Beat Diabetes Even If You Don’t Have It (Harper Collins) which debuted April 30 and hit #13 on the New York Times Best Seller List. She is also the author of a humorous autobiography, Permission Slips: Every Woman’s Guide to Giving Yourself a Break (Grand Central Publishing).

Knowing the heartache and joy of raising a child with special needs, Sherri has partnered with the YAI National Institute to raise awareness for children and adults with disabilities.

Taking her not so secret passion for wearing wigs, Sherri recently created a high fashion wig collection, “Luxhair Now by Sherri Shepherd™” which consists of 12 wigs in various lengths, from short pixies to long and luscious waves, and come in 18 colors.

Sherri has an eight-year-old son, Jeffrey, and recently married Lamar Sally. Their wedding was captured by The Style Network and “Wedding Fabulous: Sherri Shepherd Gets Married” garnered the highest ratings for a wedding special on the network.

They reside in New Jersey.