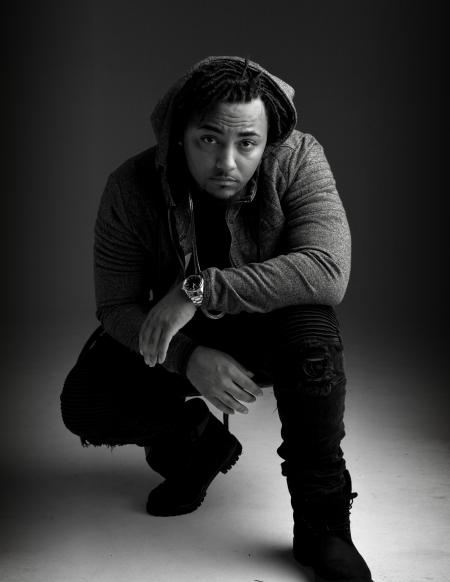 Steven Malcolm does not have any upcoming events.

For the last five years and some change, Steven Malcolm has pounded the pavement with razor sharp focus to deliver some of the most infectious and unmistakable hip-hop beats of his generation. Thus far, the rapper’s innovative musical pursuits have landed him in the studio for the self-released Monsters Ink, regional recognition all around Grand Rapids, touring time with Grammy-winner Lecrae, additional performances alongside game-changers KB, Andy Mineo, Da T.R.U.T.H., This’I, Swoope, Json and Canton Jones (to name but a few), a slew of massive festival appearances, features alongside KB and Hollyn, plus “Best New Artist” and “Best Free Project” nominations from Rapzilla.com.

Throughout it all, Malcolm also accumulated an insane army of appreciators on social media and turned YouTube upside down with his groundbreaking videos, which made it only natural for record labels to come calling and the offers to start piling up. Although he could’ve went practically any route he wanted, the rising star settled on Word Records (also the home of eclectic hit makers Group 1 Crew, Skillet, Switchfoot Needtobreathe, for KING & COUNTRY, Chris August and Family Force 5) for his self-titled debut, thanks to a shared vision for spreading his pioneering and thought-provoking music to the masses.

Much like any of the aforementioned or mainstream trendsetters such as Common, J. Cole and Sir The Baptist, the album overflows with an authentic approach to songwriting that is just as socially relevant as it is spiritually conscious and unflinchingly personal. And considering Malcolm’s rocky road prior to finding fame, paired with a newfound confidence from faith, this self-titled major label debut sounds like the ultimate soundtrack to a life that was always destined to deliver the real deal.