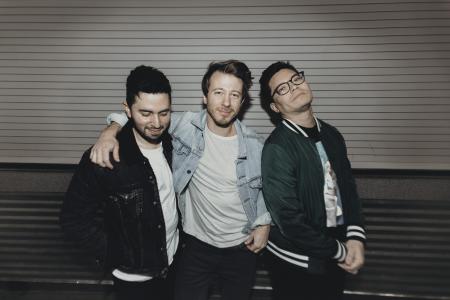 Tenth Avenue North does not have any upcoming events.

Tenth Avenue North recently released a new song called "Greater Than All My Regrets." Check it out here.

The band has long been known for the depth and vulnerability of their songwriting since they released their acclaimed national debut, Over and Underneath, in 2008. Quickly winning fans’ allegiance with radio staples like “Love Is Here,” “Hold My Heart” and “By Your Side” (GMA’s 2010 Song of the Year), the band was named the Gospel Music Association’s New Artist of the Year in 2009. The group gained further momentum with three additional full-length records that spawned hits like “You Are More,” “Losing,” “Worn” and “No Man Is an Island,” among others, and has sold in excess of one million albums to date.

Followers—their fifth official studio project—charts a new course for the beloved band and finds the five men with hearts full and hands open. “To begin a season, another season has to die,” Donehey reflects. “I think this is a fresh season because I finally let a lot of my dreams die.”