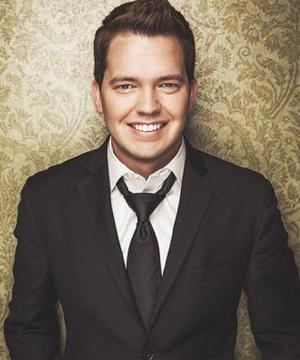 Trey Ivey does not have any upcoming events.

From Cleveland, Georgia and playing piano for Legacy Five is Trey Ivey. Born on December 7, 1989, Trey is the youngest member of the group.

Trey began taking piano lessons when he was five years old and it was evident right away that he was a gifted musician. His parents and his teachers noticed right away that "this kid was different" and they knew he was destined to be a great player.

When asked about his favorite style of music, Trey says, "I enjoy and appreciate a wide array of musical styles. If it is done well, I enjoy it. I certainly have a great appreciation for classical music, especially when it comes to the piano. I enjoy the theory as well as the technical aspects of playing classical music. I really like trying to incorporate some classical themes into southern gospel. But southern gospel is the most "fun" music I have ever played.

As far as Trey's favorite piano player, he has a few. "One of my heroes is a studio player named Dirk Johnson. Dirk took an interest in me years ago and has become a mentor of sorts for me. I would have to say my absolute favorite player is my predecessor in Legacy Five, Tim Parton. Tim is a musical genius. Tim is one of those rare players who can make any style his very own. Tim is a very clean, technical player but still has heart and passion in his playing. He was a huge help to me making the transition to Legacy Five."

Trey spent three years traveling and playing for the Mike LeFevre Quartet and was playing for the Old Paths when he joined Legacy Five in March of 2011. Asked about playing for Legacy Five, Trey states that, "this is as good as it gets if you love southern gospel quartet music. I'm loving every minute of it."

Trey is a very humble, kind, polite "southern gentleman" and you are guaranteed to fall in love with him.