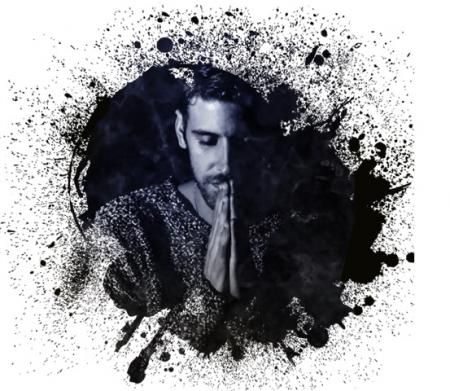 Troy Murray, artist does not have any upcoming events.

Troy Murray started drinking and smoking weed in eighth grade.  By tenth grade, he was a daily user of every drug imaginable.  Although he started out loving the lifestyle and carefree attitude he had while high, his life quickly took a turn for the worse.  Between the ages of 15 – 21, he repeated the painful cycle of using, crashing and burning, and entering rehab six times before he reached rock bottom on April 23, 2012.  On that night, Troy woke up bloodied and bruised on the cold floor of a jail cell.  Although it was not his first time in this situation, it would prove to be the last.  He did something he thought he would never do again – he prayed.  In that moment, he knew this time would be different.

During the first several months of sobriety, Troy turned to art as a way to avoid thinking of going out and using again.  He was able to escape the pressures of life for hours at a time while focusing on his canvas.  Troy’s journey has not been an easy one, but he’s thankful every day that God spared him and allowed him to rediscover himself as a new person and as an artist. Troy is coming up on four years sober in April.

Troy currently lives in Detroit, MI, where he is living out his dream as a full-time artist.  He is building and growing his brand and recently held his first solo exhibition titled “FusionHD.”  Troy enjoys helping others through their own personal struggles and is very active in his church community.  Learn more about Troy’s work by visiting www.typcollection.com or following him on Instagram at Typ_art.