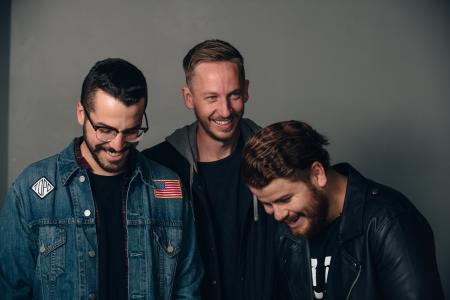 Urban Rescue does not have any upcoming events.

Urban Rescue is a revival band from Los Angeles. Fronted by Jordan Frye, Urban Rescue is on a mission to inspire the next generation of believers to see their churches, communities, and cities awakened by the Gospel of Jesus Christ. With an untamed passion for worship emerging from pain and trials, the band has a heart to see broken cities and lives restored.

Urban Rescue's 2016 full-length album, WILD HEART debuted at #1 on both the US & UK Christian Music charts. With singles like "Never Stop" and "Song of My Father" making their way onto the national radio waves. Excited to release their first audio/visual live project on September 1 CITY SESSIONS - LIVE IN LOS ANGELES.

Set to join Kim Walker-Smith on tour this Fall as well as Spring 2018 Urban Rescue has had a great year after their Spring tour on The Rock & Worship Roadshow. Last year proved to be quite fun as they toured the US and UK with Rend Collective as well as hopping on The Outcry Tour in Fall of 2016. Urban Rescue has had the opportunity to support Hillsong United, Phil Wickham, Mercy Me, Jordan Feliz, David Crowder, and more.