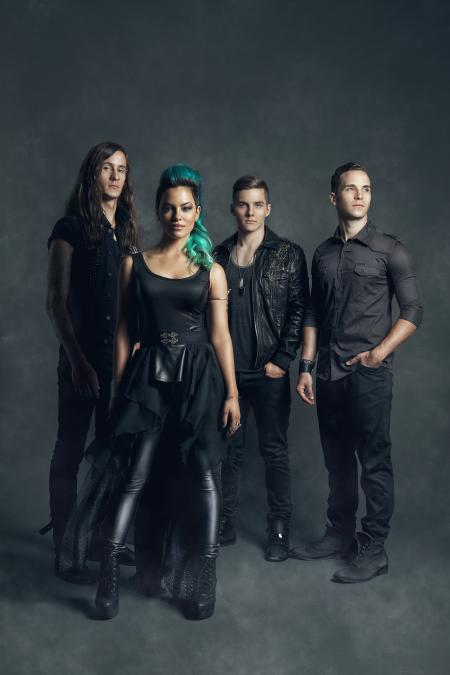 VERIDIA does not have any upcoming events.

VERIDIA is a dynamic alternative rock band that will dramatically take your heart, soul, and senses to a place of raw honesty and authenticity through the audible, visual, and theatrical experience their music and lyrics create.

HIGHLIGHTS:
•“We Are The Brave” spent 4 consecutive weeks at #1 on the Christian Rock Radio Chart (April 2014)
•“We Are The Brave” was featured on ESPN during NCAA softball coverage (April 2014) including the NCAA Women’s College World Series
•Rdio selected “We Are The Brave” as one of the best songs to be released during the month of February 2014
•Inseparable debuted at #11 on the Christian Rock Albums Chart
•NewReleaseTuesday.com gave Inseparable a 4/5 star rating and said: “[their] debut effort exudes talent and potential. …For a band just making an initial splash on the music scene, VERIDIA has hit a home run.”…[“We Are The Brave”] checks all the boxes to be a smash rock hit and yet also provides something fresh in its danceable pop veneer.”