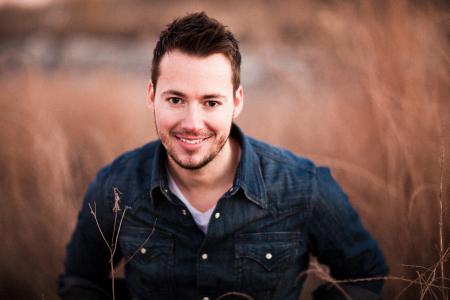 Warren Barfield does not have any upcoming events.

At eighteen Warren Barfield used his dorm room as an office and booked one year of concerts. With his parents’ blessing he loaded his 1995, 4 cylinder, mint green Mustang with a suitcase and a guitar and took his songs on the road. After more than 600 “gigs” and 200,000 miles, Warren found himself in Nashville, TN signing his first record deal. Since his arrival in Nashville, he has released three records, had five songs top the Christian charts, received two Dove nominations, worked with legendary producers including Brown Bannister, Mark Hammond, Marshall Altman, Charlie Peacock, and Mark Miller. He’s shared the stage with the best of CCM artists from Steven Curtis Chapman and Third Day to Toby Mac. He wrote and recorded “Love is Not a Fight” which was the theme song for the #1 indie film FIREPROOF. He shares his songs and stories with thousands every year as he tours the country. Warren currently lives in Nashville, TN with his wife Megan, their son Montgomery and their daughter Ada Beth. Warren’s description of his journey goes like this, “I have seen every dream I had as a fifteen year old in Spivey’s Corner, NC come true.”