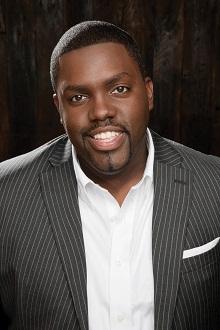 William McDowell does not have any upcoming events.

Illiteracy, Natural Disasters, Political Unrest, Famine, War, Poverty, Disease and Death…these are the modern day Goliaths challenging the 21st Century Church.  A church that carries the only hope that this world needs.  Worship Leader and Recording Artist William McDowell strives to combat the giants of our day by leading the Body of Christ into a life-changing, authentic encounter with God.  In this day, McDowell knows that it is not enough to recognize the perils; we must rise up, take a stand, make our voices heard and be the Light that this world needs.

McDowell’s heart for God has captivated the hearts of worshippers all across the world.  His voice has signified a clarion call for this generation to rise up in strength, might and humility for the Kingdom of God.  His songs have become heart-felt anthems of worship and justice.  His love for God echoes in the powerful messages and prophetic declarations delivered when he ministers.

William McDowell is a leading voice and pioneer in modern worship.  His ministry is revolutionizing the way the Body of Christ views worship.  His assignment and his message are relevant, thought provoking and life transforming.  In a day when the tribulations of our society are increasingly surmounting and overwhelming, William McDowell has challenged the church to rise up and take its rightful place in the earth.   With his new release, Arise, blazing the trails of the highly acclaimed, As We Worship, McDowell is being used by God to reignite passion, purpose and power in the church.  “The church is the most powerful entity in the earth, because it is the vehicle by which Jesus speaks, acts and moves.  Nothing is more powerful than that,” declares McDowell.  God is using him to speak that message to millions all across the world!

McDowell’s voice is definitely being heard.  The release of Arise marked a milestone in his career, debuting at #1 on Billboard’s Top Gospel Chart.  It held that #1 spot for 6  weeks.  Arise continues to grace the #1 position on Billboard’s Praise and Worship Charts for 10 weeks.  Also marking the sign of the times, Arise took iTunes digital distribution by storm, debuting as the #1 Christian and Gospel album.   Arise is one of the top charting and selling albums today.  It is proving to be one of the most fluid and Spirit-led displays of congregational worship in recent memory.  It also continues to reveal McDowell’s heart for God’s purpose initially displayed through the world-renowned worship anthem, I Give Myself Away.

The song was ranked Billboard’s #3 most popular Gospel Song of 2011.

It catapulted As We Worship to the top of Gospel Music Charts for 132 weeks.  Because of it’s wide-success, As We Worship became Billboard’s #8 Best of 2011 Gospel Albums.  I Give Myself Away not only topped charts, it also spawned a movement of service.  McDowell recently launched www.IGiveMyselfAway.org as an information portal where many can go to find ways to volunteer, contribute financially and work towards being an answer to this dying world.  McDowell travels the globe, encouraging others to join this movement that is sweeping the nations.

All of these accomplishments are merely fruit from McDowell’s humble beginnings in his hometown of Cincinnati, OH.  As a young boy, he spent countless hours alone on his keyboard, worshipping God.  The passion to further explore what God placed inside of him drove McDowell to Orlando, FL.  He attended the popular Multimedia Arts School, Full Sail University.  He also became the Music Director for Praise and Worship Pioneer Ron Kenoly.  McDowell then became the Worship Pastor for The Gathering Place Worship Center, under the leadership of Pastor Sam Hinn.  It was at this church, during a Wednesday night prayer service, that I Give Myself Away was birthed.  With this grounding and foundation in worship, it’s no surprise that McDowell’s music ministry has traveled to more than 25 countries in the last 2 years.

William McDowell does not take all of his success, notoriety and influence for granted.  He knows that ushering people into God’s presence and being a mouthpiece for God comes with a huge responsibility.  He honors that by pouring into ministers and worship leaders of the next generation.  His goal is to equip others in the Kingdom to boldly declare God’s truth and release the heart of God in worship.

McDowell certainly has a growing list of music industry and ministry accomplishments, but none that he is more proud of than the awesome responsibility he’s been given to care for and nurture his growing family.  He cherishes his lovely wife, LaTae; son, Joshua; and the couple’s baby on the way.

William McDowell is excited about all God has in store for his family. He is grateful for and humbled by the opportunity to continue to help lead and raise up a generation of worshippers willing to Arise and Give Themselves Away for the Kingdom of God and the cause of Christ.